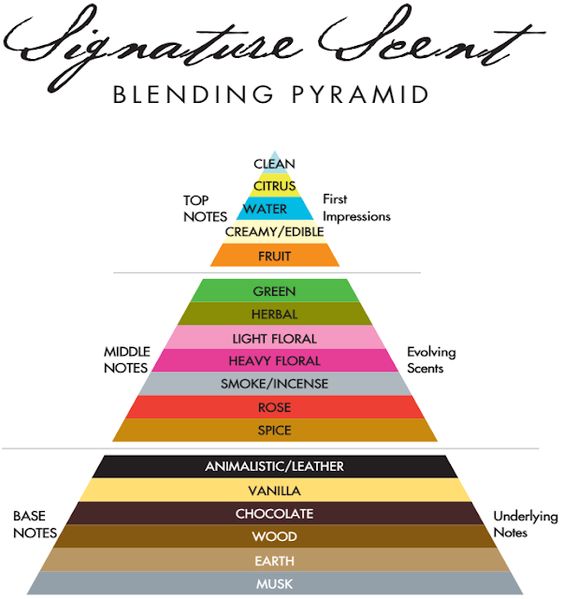 Much like the way you use multiple ingredients to make your favorite cake, wax melts include many layers of different types of fragrances to build a singular fragrance. A fragrance “note” is a descriptor of the scent that you smell when you melt a wax melt. Every wax melt, candle, and perfume is built using a carefully crafted combination of different fragrance note layers. In addition, if a fragrance does not have a top, middle, and base note, it’s described as linear. Fragrances like vanilla, amber, and musk are considered linear fragrances. They are not seen as complex fragrances.